That’s right However, every visitor to Hagia Sophia will read this history:

In 1453 AD, the only remaining capital of the Byzantine Empire, Constantinople, was captured by the Ottoman forces who believed in Islam. A glorious empire that once spans Asia, Europe and Africa, with the name “Constantinople” ashes, replaced by the new name of “Istanbul”, and was abruptly added with four minarets, rebuilt Hagia Sophia into a mosque.

So that once everything has completely disappeared?

What all visitors do not know is that although Hagia Sophia ceased to exist, the “incense” of the church could have been quietly extended to this day. The location, not elsewhere, even in a few kilometers away!

What is going on?

We all know that there are three denominations of Christianity today:

Many people must first think of the Red Square in Moscow, as the fairy-tale-like St. Basil’s Cathedral. 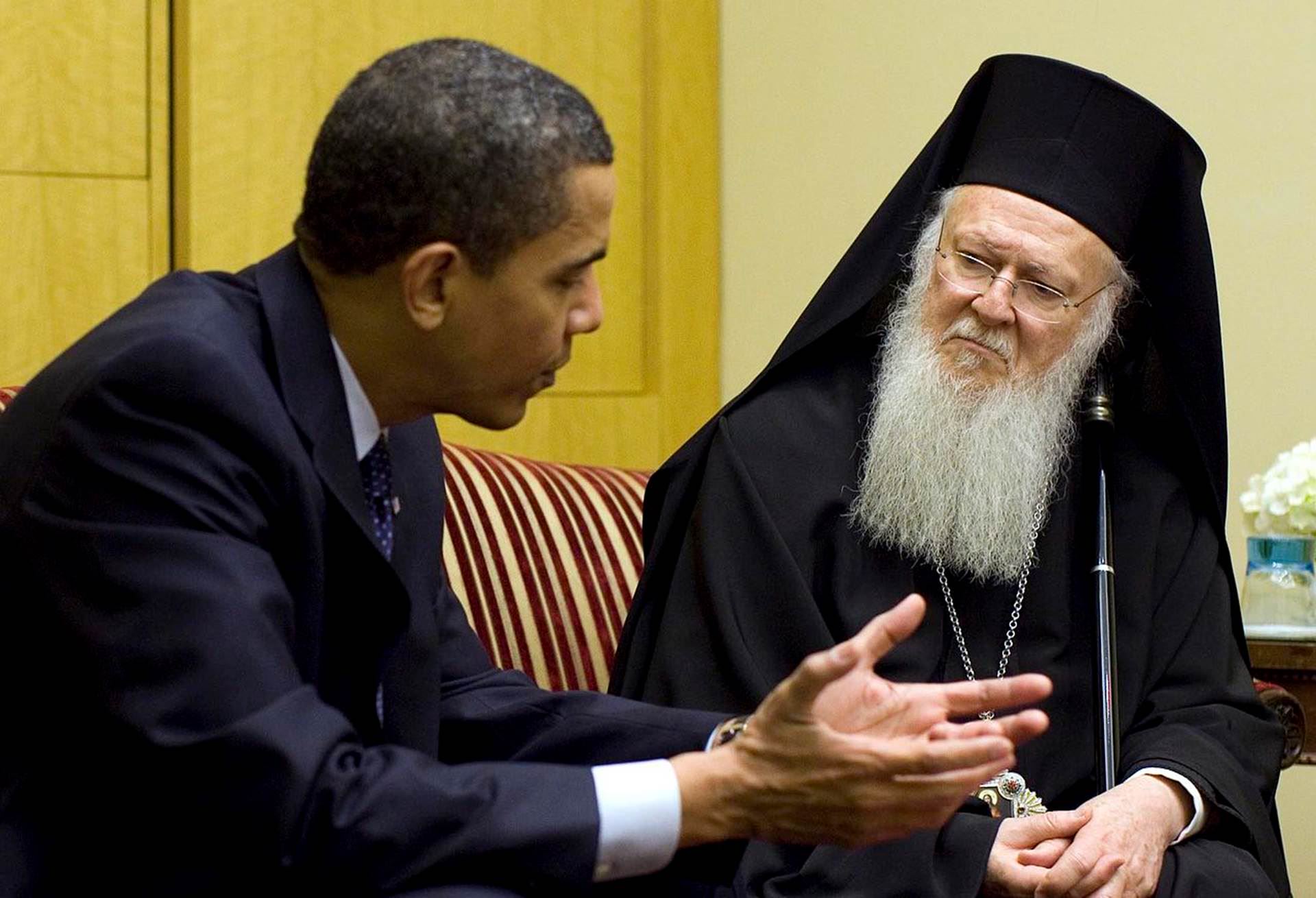 Despite the fact that the “Eastern Roman Empire” and “Constantinople” have long gone, the Orthodox Church in Istanbul is nowhere near the top of the door. However,

Honor Archbishop of Constantinople, New Rome and the Universal Shepherd

This staggering contrast, really want to let people go to his cathedral to find out.

Big secret in the chapel

From the center of Istanbul, take a bus to the Ferner Ferry near Hagia Sophia, and in 10 minutes you will arrive at a small tree-lined park on the shores of the Golden Horn. 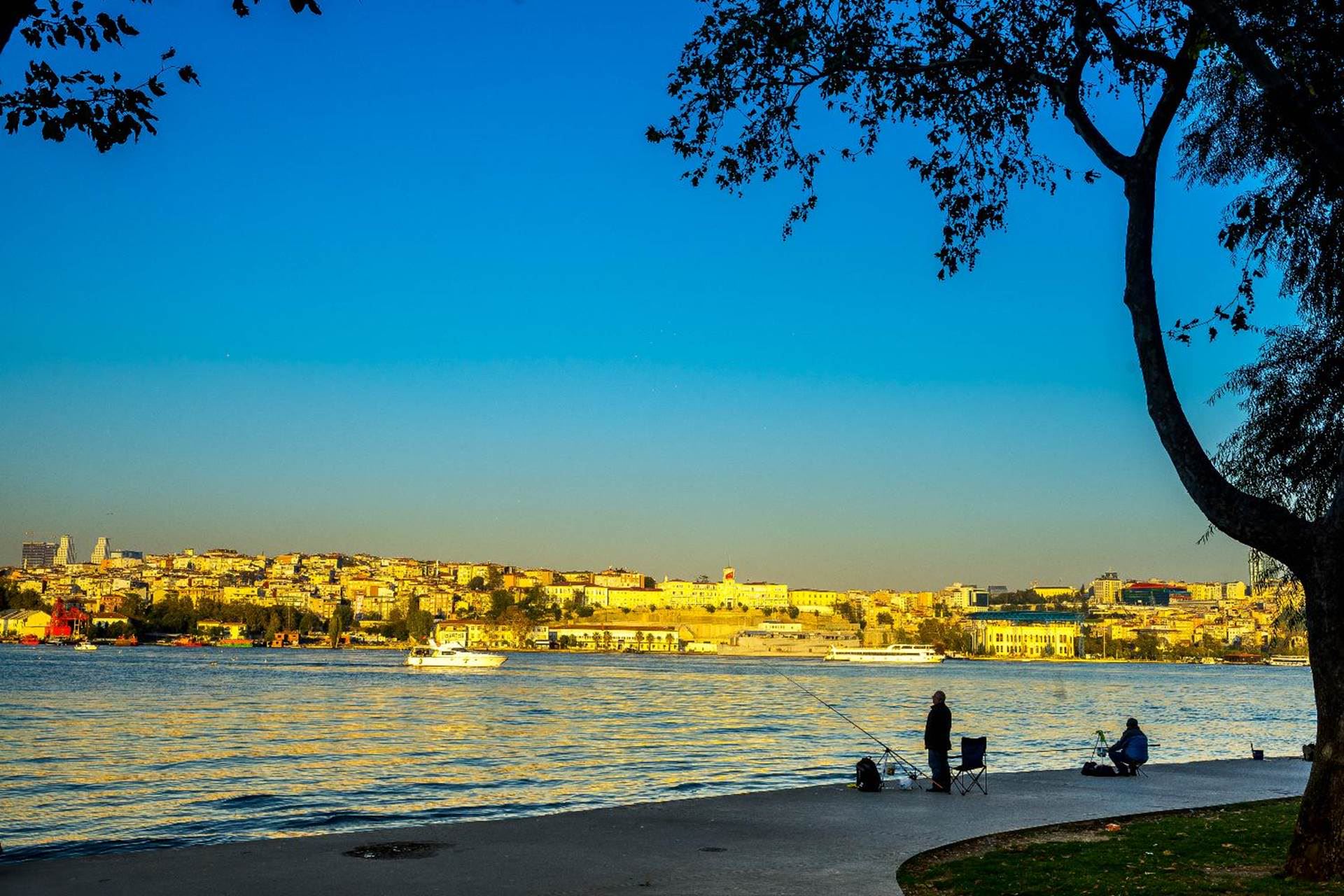 Do not bother looking for a church in the park. Did you see the kiosk across the road? There is a minaret of a small mosque too! 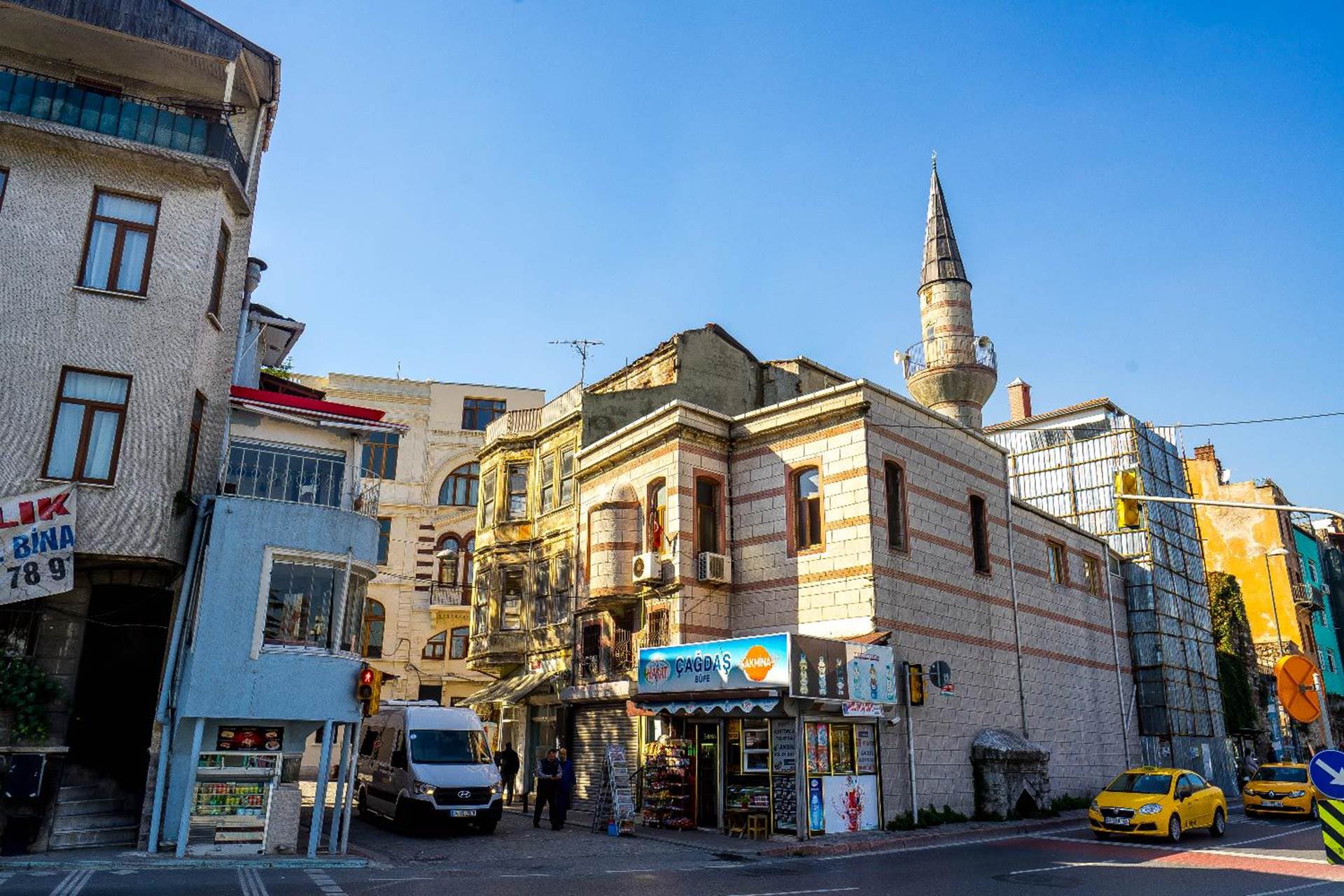 Into this alley, walk 20 meters, can see a little old house, there is a guard post at the door.

Do not find the cross in the roof, no. Also do not find a large number of tourists, and if not run into the Orthodox group pilgrimage, you probably can meet the tourists also 2,3 bar. 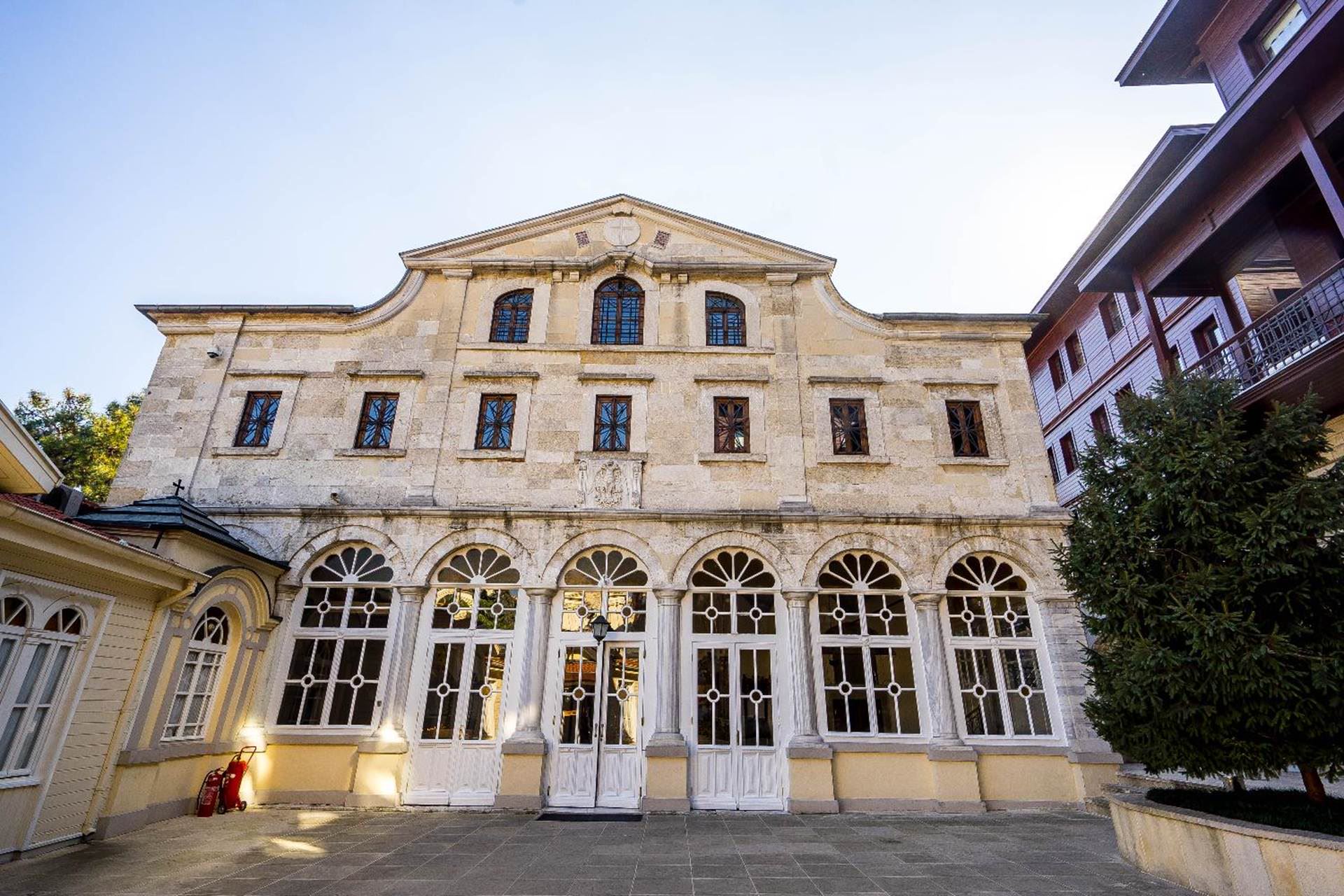 What, you say that this is not my home community high house, is the inheritance of Hagia Sophia, the tallest church in nominal terms?

Yes, here is the spiritual center of nearly 300 million Orthodox Christians in the world . 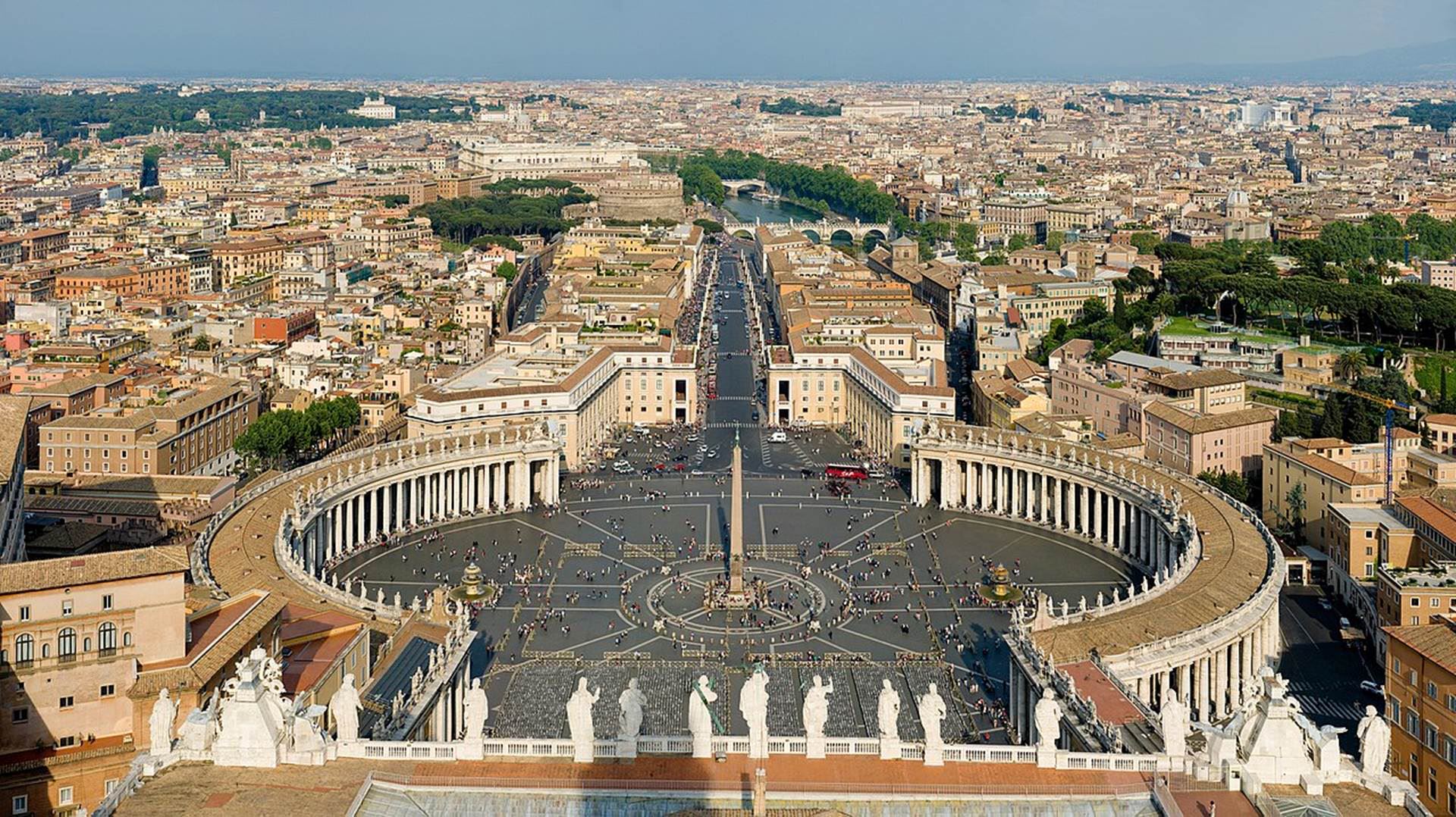 Without comparison there is no harm ……

Even if you push the door into it, there will not be much surprise. 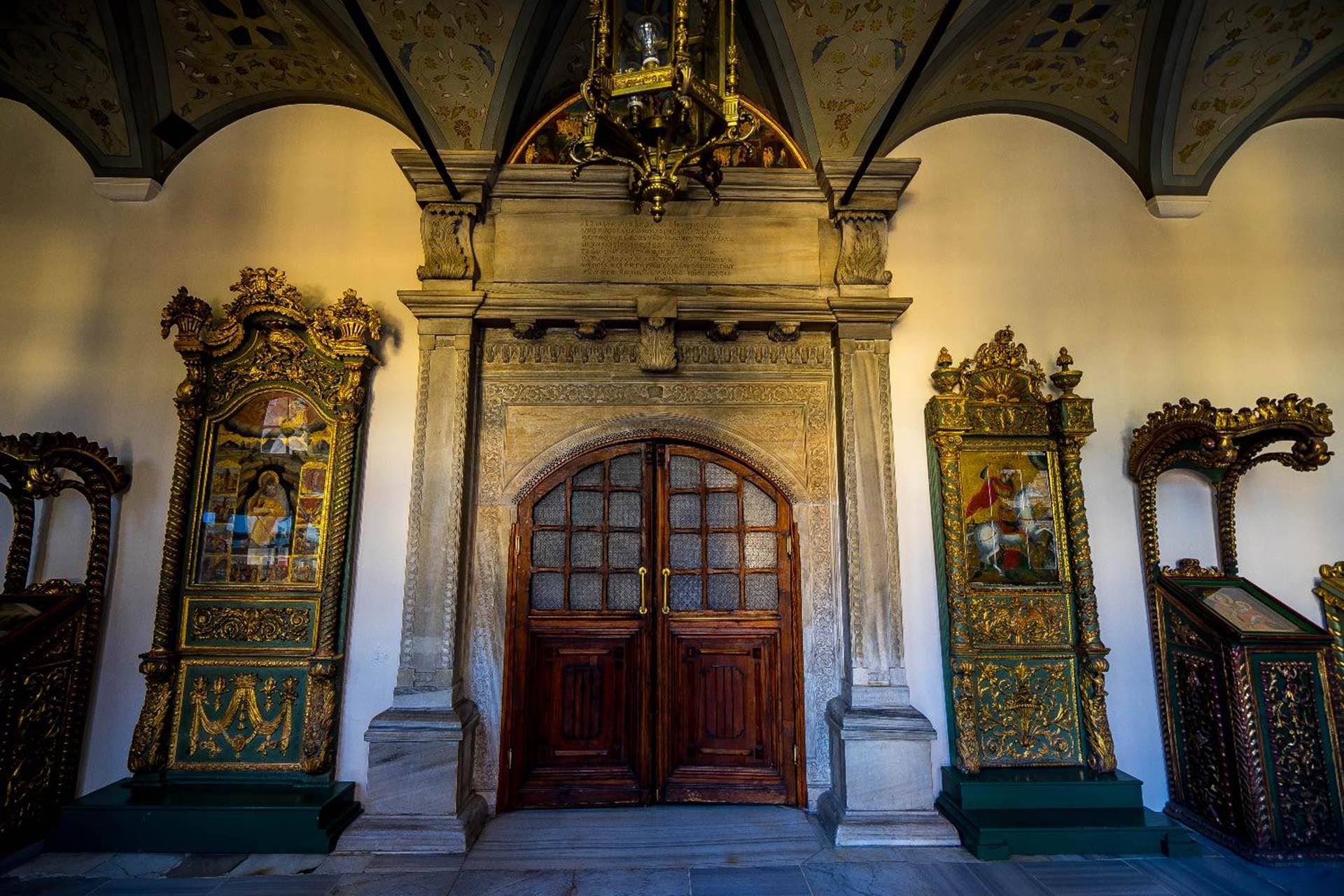 The traditional style of the foyer, though still gorgeous, is not astonishing at the size of the church. 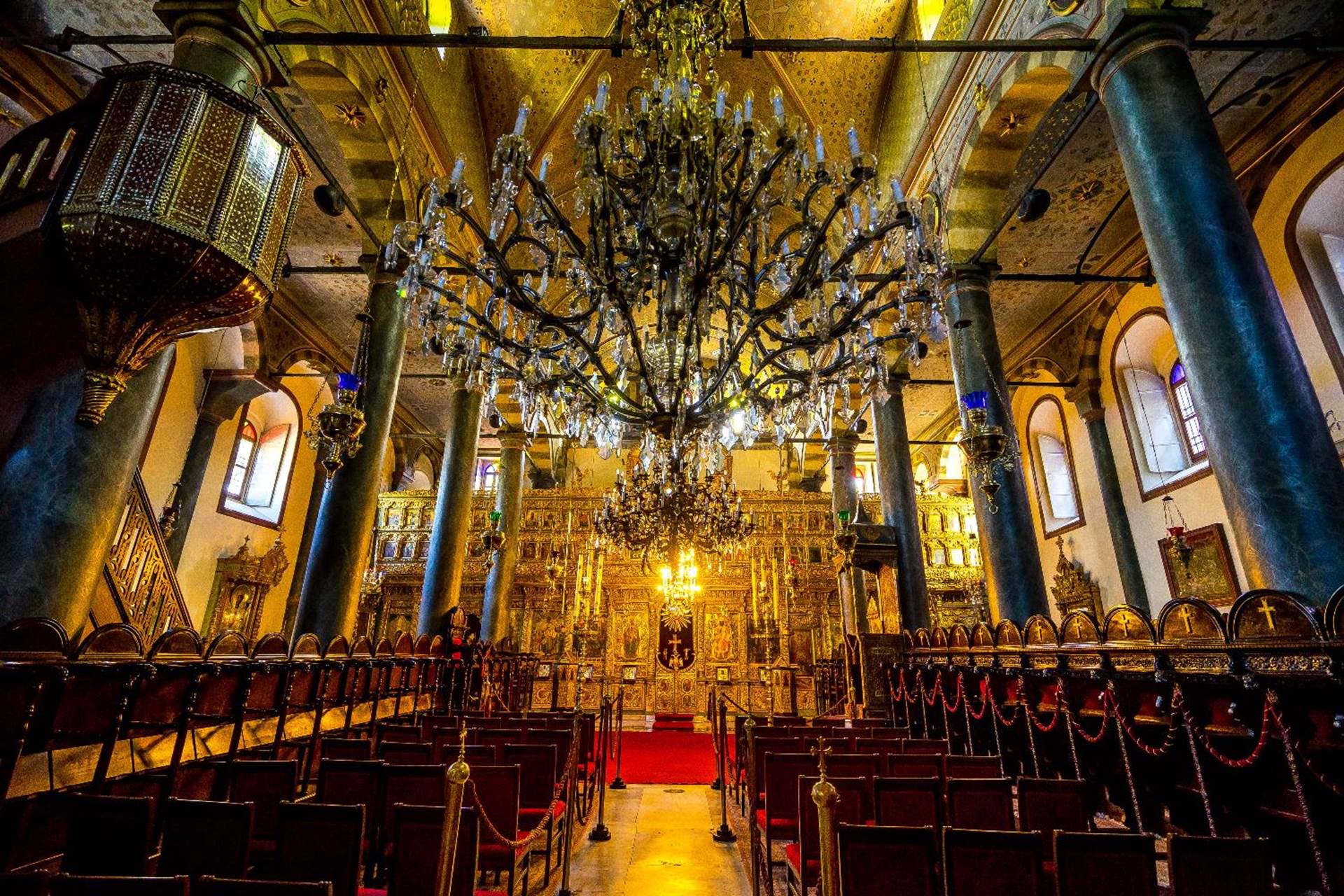 Basilica, not many university classrooms, although magnificent decoration, can still conceal the dark.

However, the collection is quite impressive: 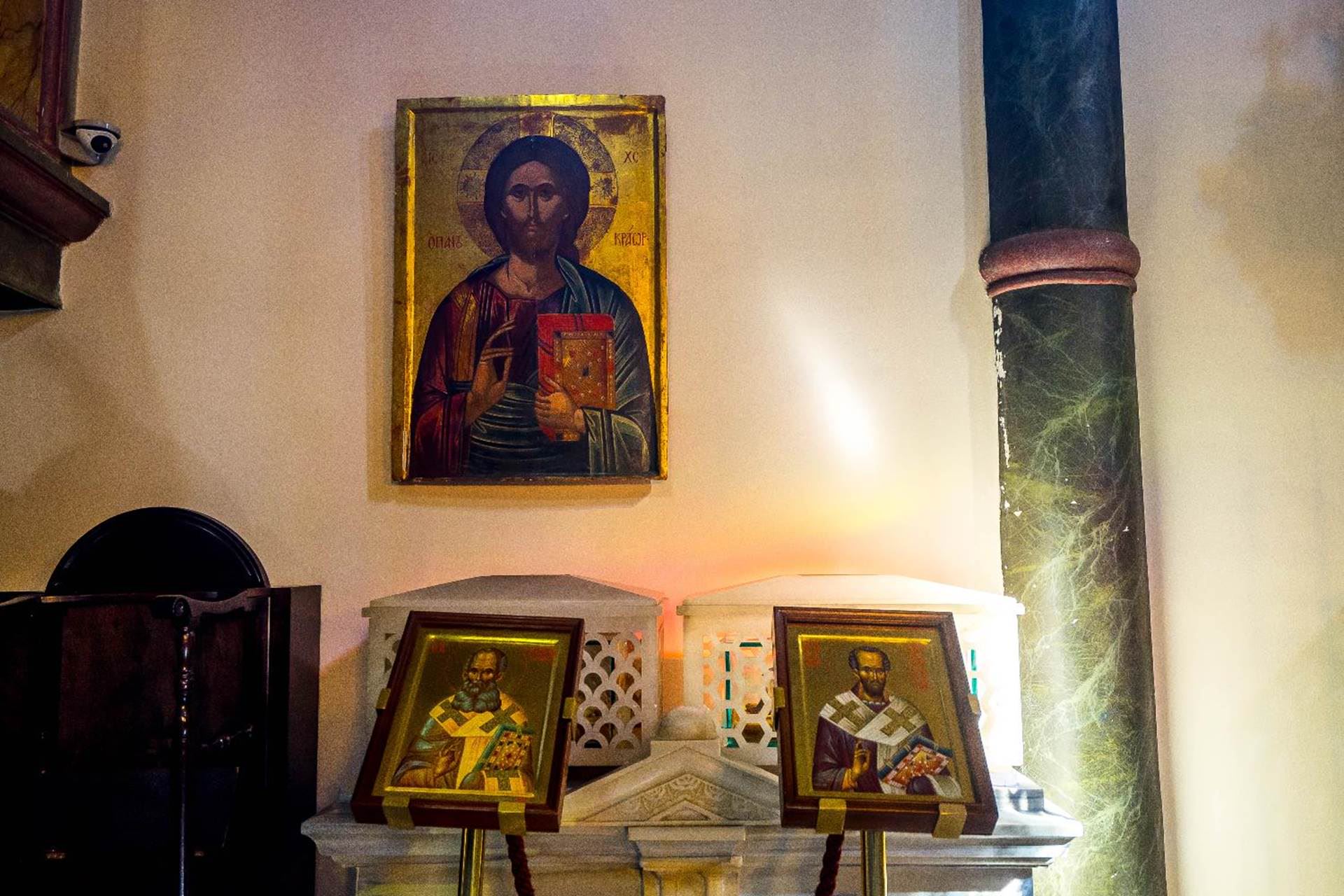 Holy Ghost mouth John and the Holy Ghost I slightly Nazian, two important early Christian holy sage (skeleton box). They were plundered to Rome at the Fourth Crusade in 1204 and were not returned by Pope John Paul II until 2004 as a symbol of the rebuilt Eastern and Western churches. 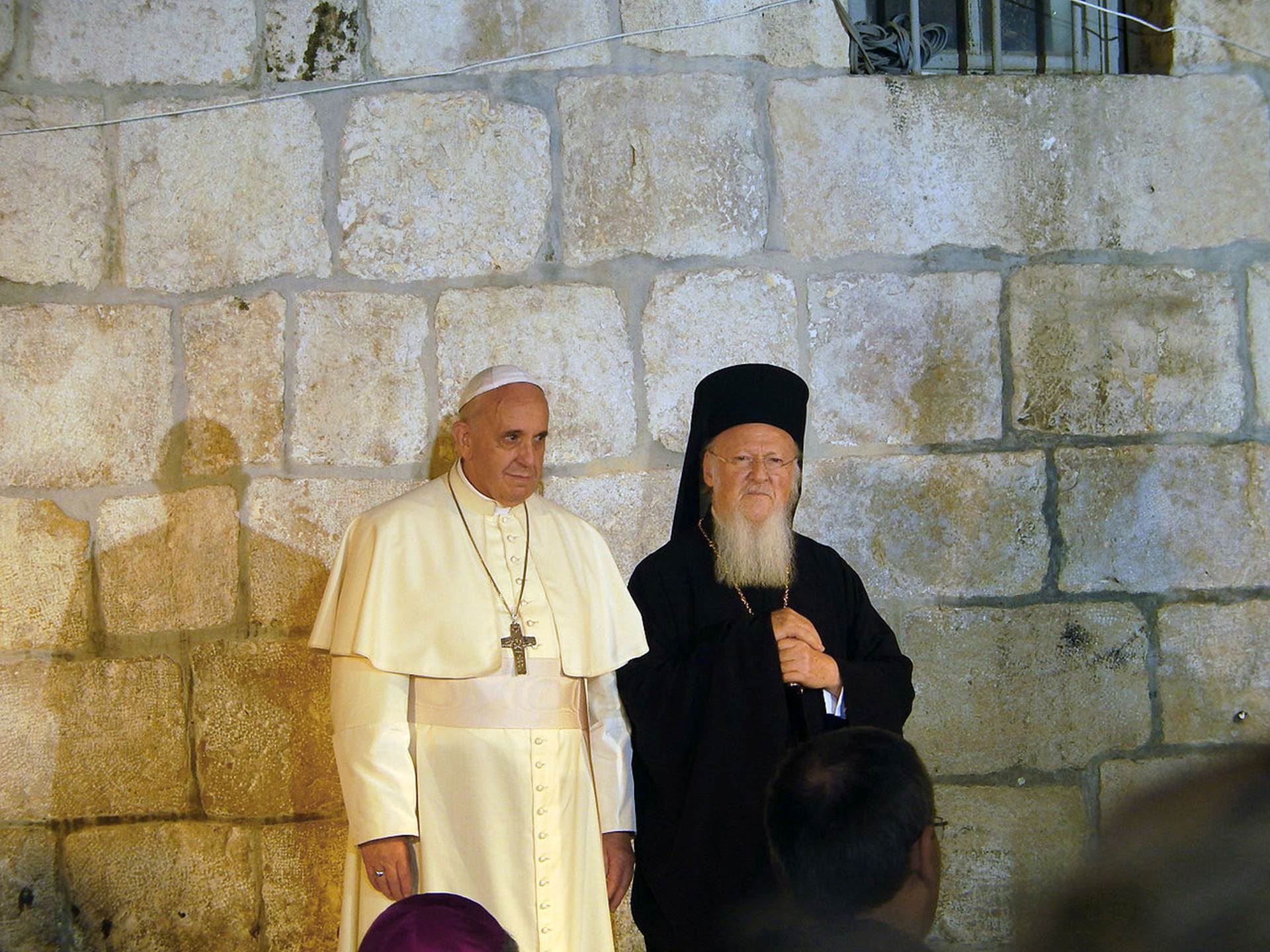 See here, you will certainly have a lot of questions:

Since the Byzantine Empire is no longer present, why should the Turks allow Christians to remain here?

Since the status of this church is so important, why is it so simple?

This has to be said from the Ottoman policy. In Islamic law, there is ” dhimmi, ” which translates as “protected people.” It allows the protection of monasteries (such as Christianity, Judaism) that also believe in monotheistic religions (such as Christianity, Judaism) to be legally resident and protected. Of course, this kind of protection is also at a price, such as paying Muslims unpaid taxes. Another is that the height of religious sites can not be higher than the corresponding mosques.

In this way, St. Georges Cathedral, and the centenary of the Holy See of Constantinople, dwells in this former monastery, surviving for more than 300 years in the cracks between the Ottoman Empire and the mosque. Until the beginning of the last century, the establishment of the secular Republic of Turkey reduced its restrictions. 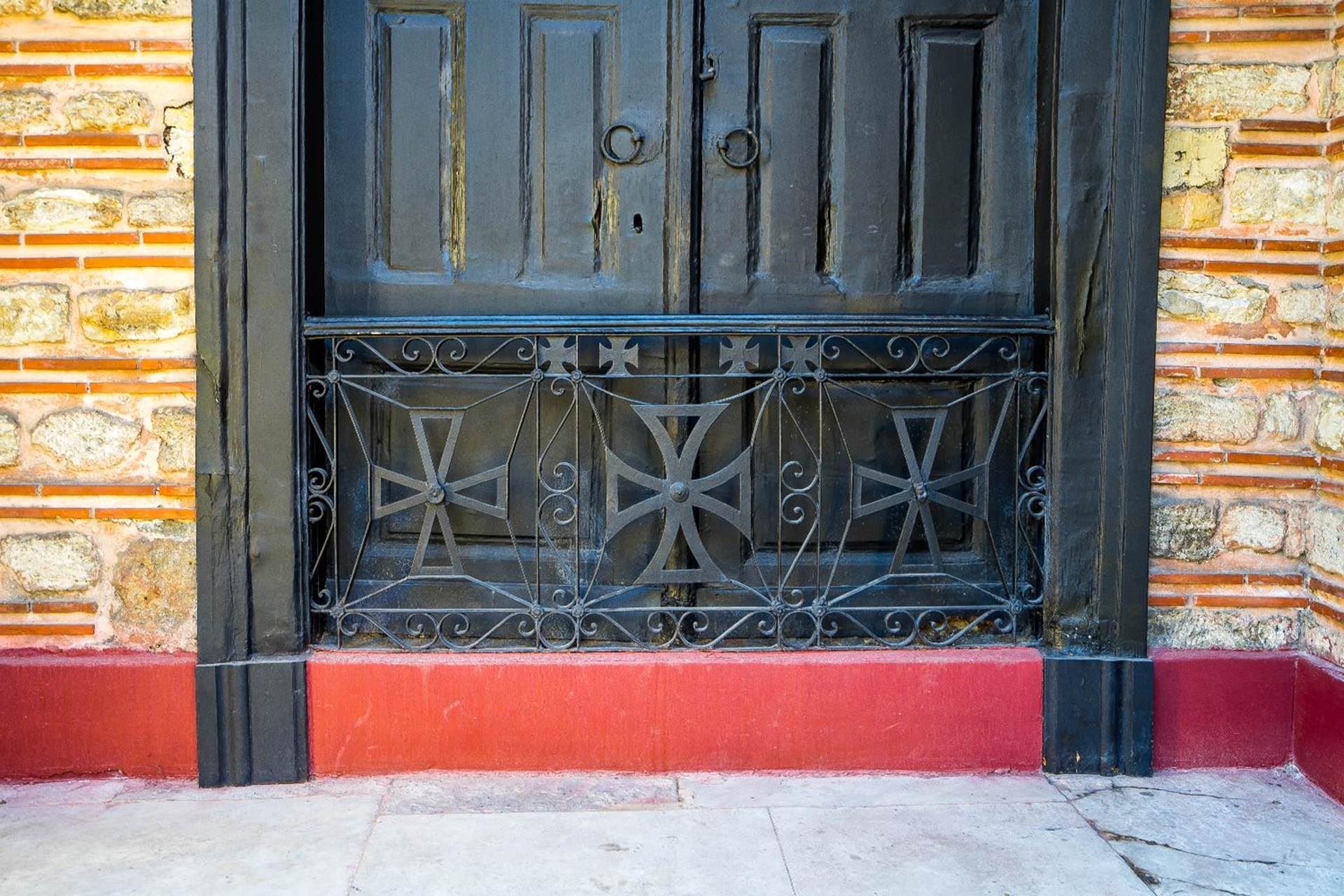 St. George’s Gate, the former gate of the church. In 1821, former pastor Gregory V was hanged here by the Ottoman emperor Mohammed II for “preventing the ineffectiveness of the Greek war of independence,” and the body hung on the lintel for three days and three nights. Since then, this door has never been opened. 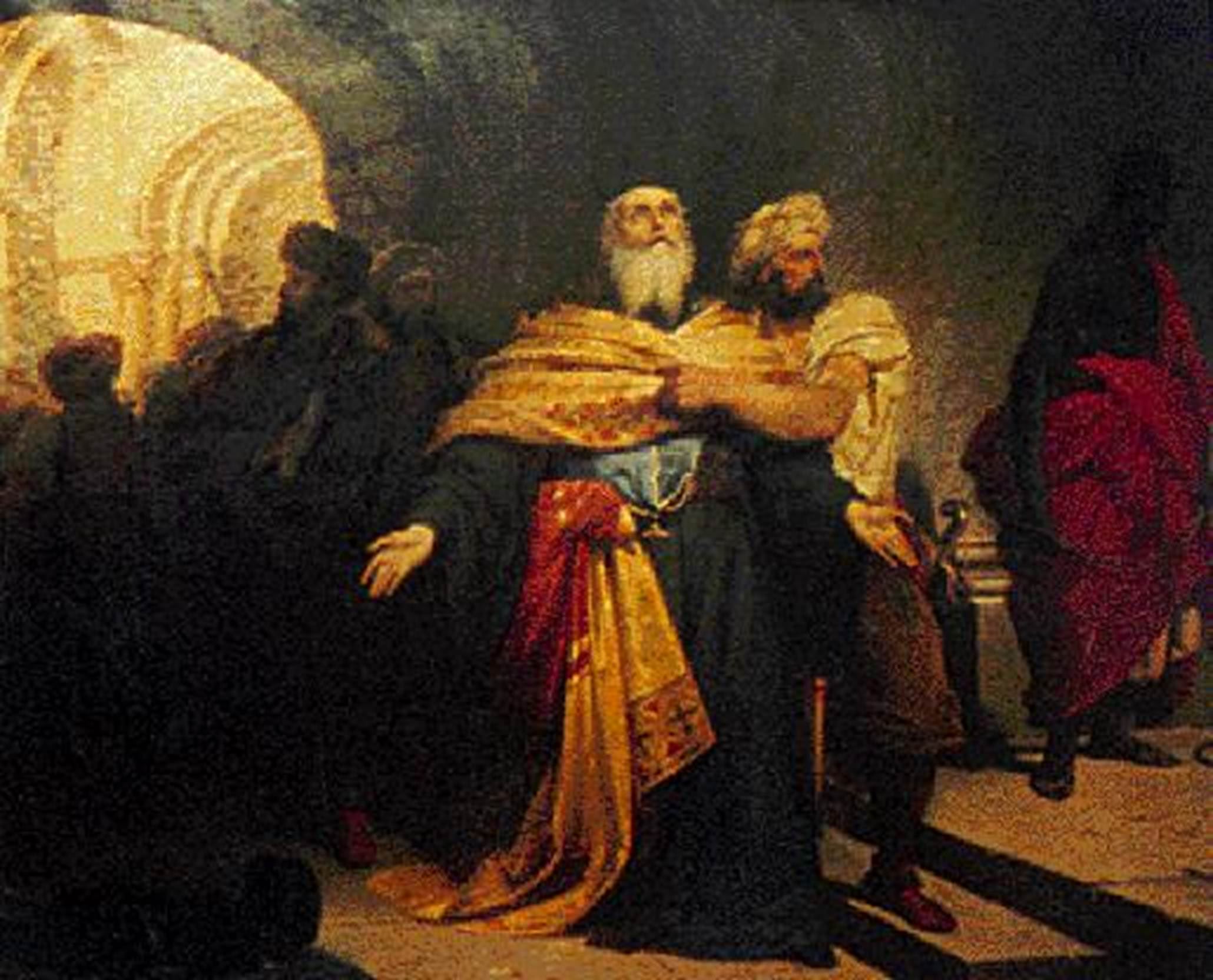 The painting depicts the moment before St. Gregory V was hanged

See a Mass in St.George’s Cathedral

Unlike many churches that are only celebrated on Sunday, there is a Mass at 3 pm every day. Duration of one hour, not only free to visit, but also any camera, camera (does not affect others).

The process of worship is simple:

Sing first by choir on the podium (Kliros): 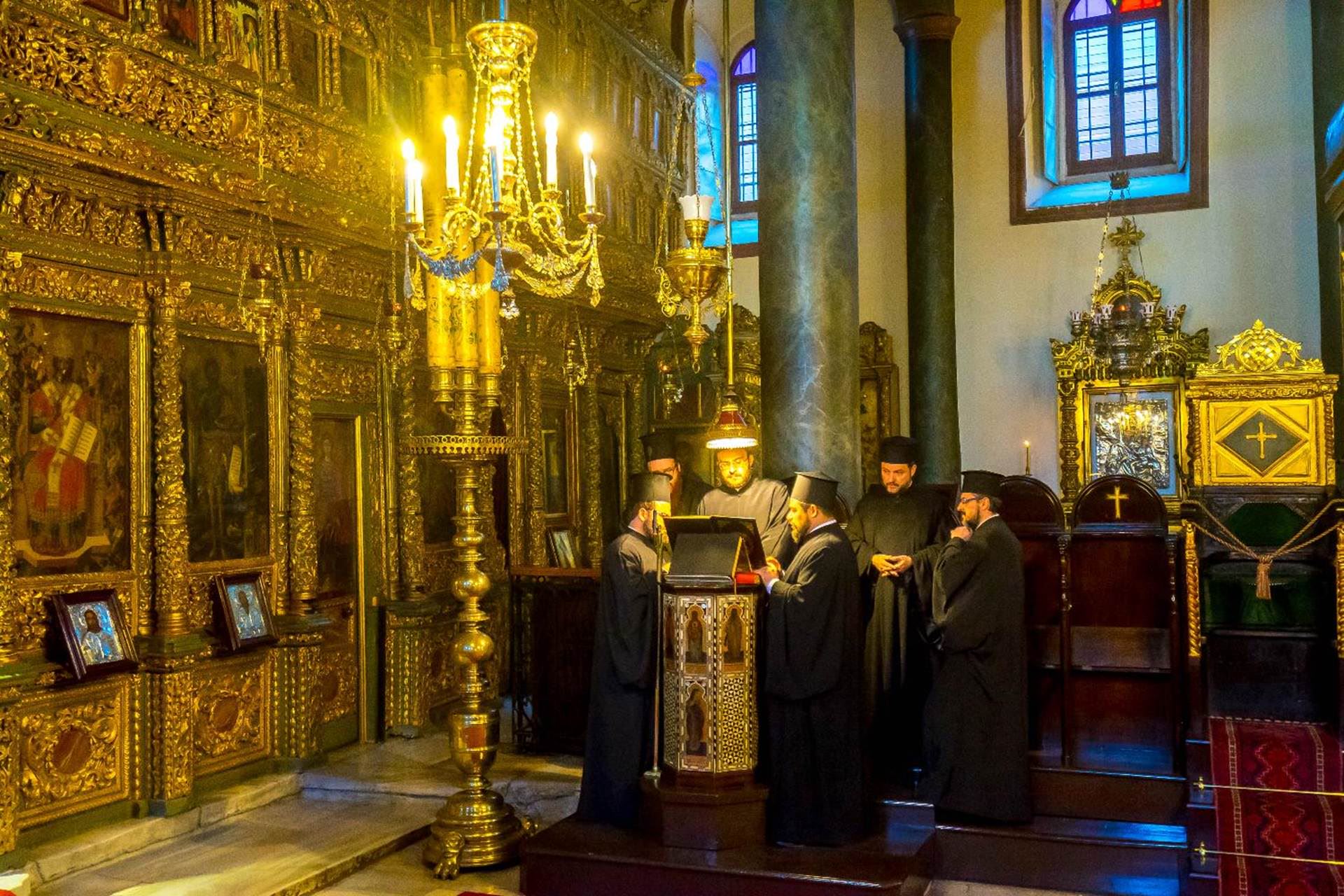 Next to the empty position belongs to the animal husbandry.

Then the priest holding a censer around the field for a week: 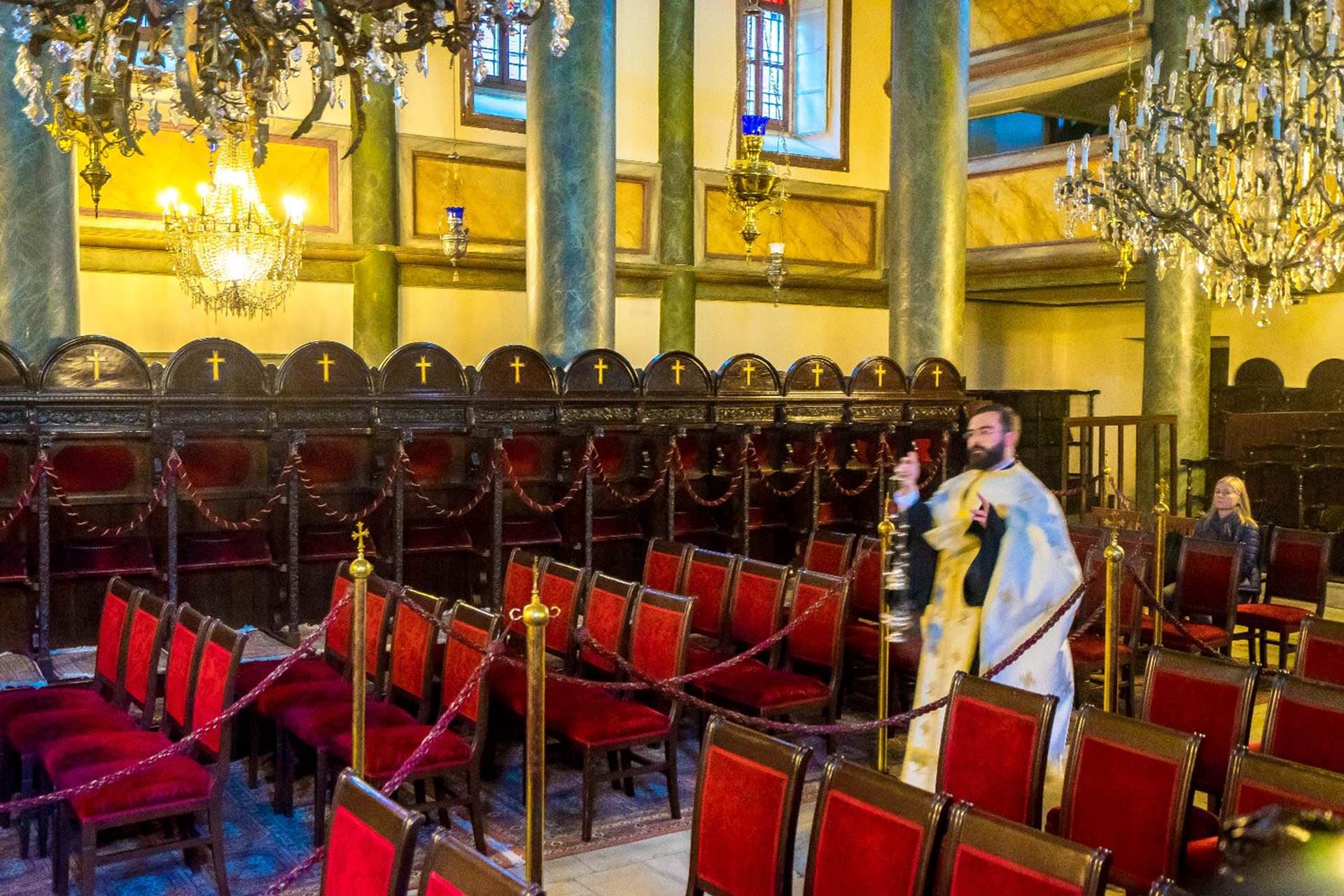 Finally, the priest walks into the open door of the icon screen and tells the clergy of the faithful and the choir: 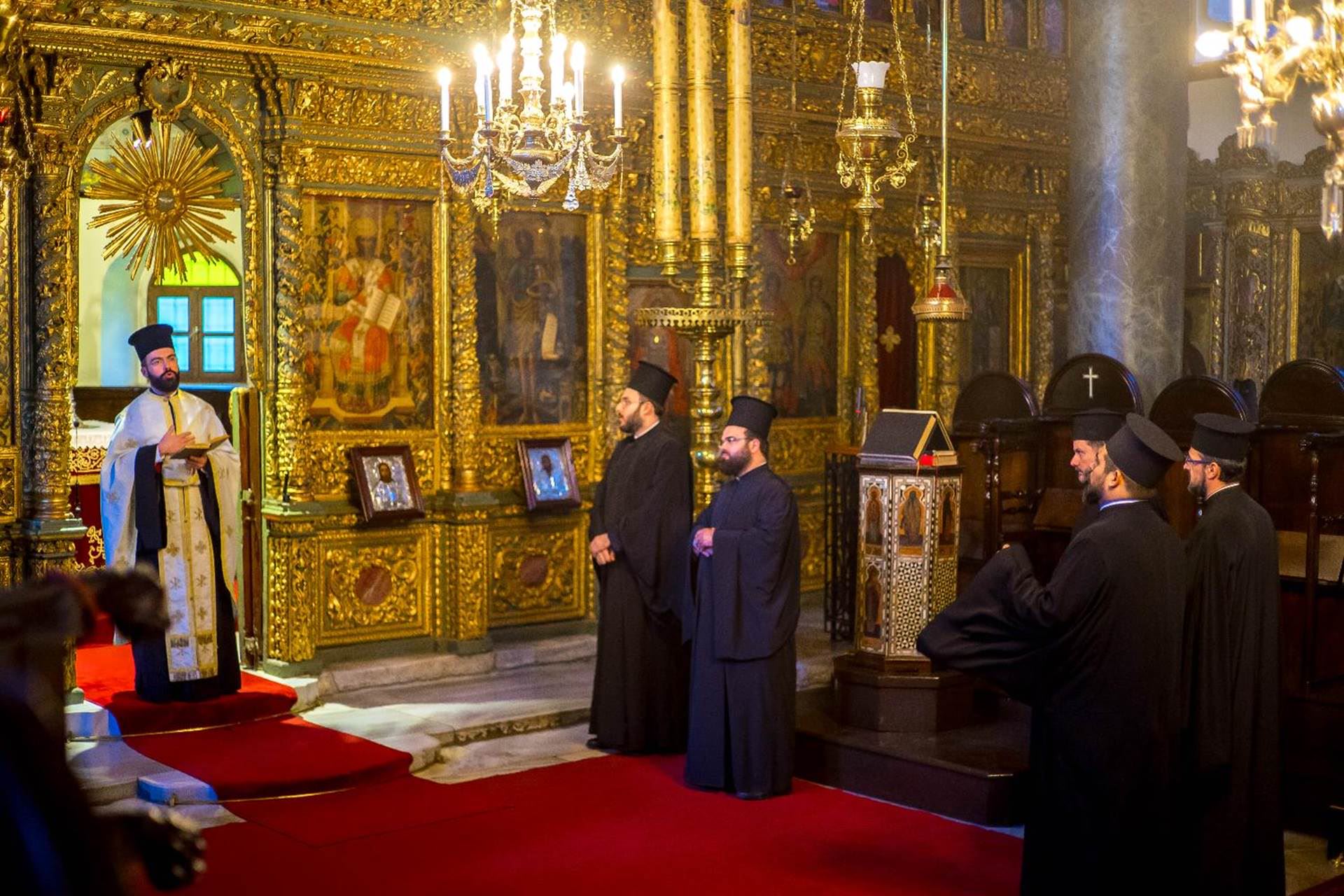 Everything is solemn, as if you can see the former glory of the Byzantine Empire. 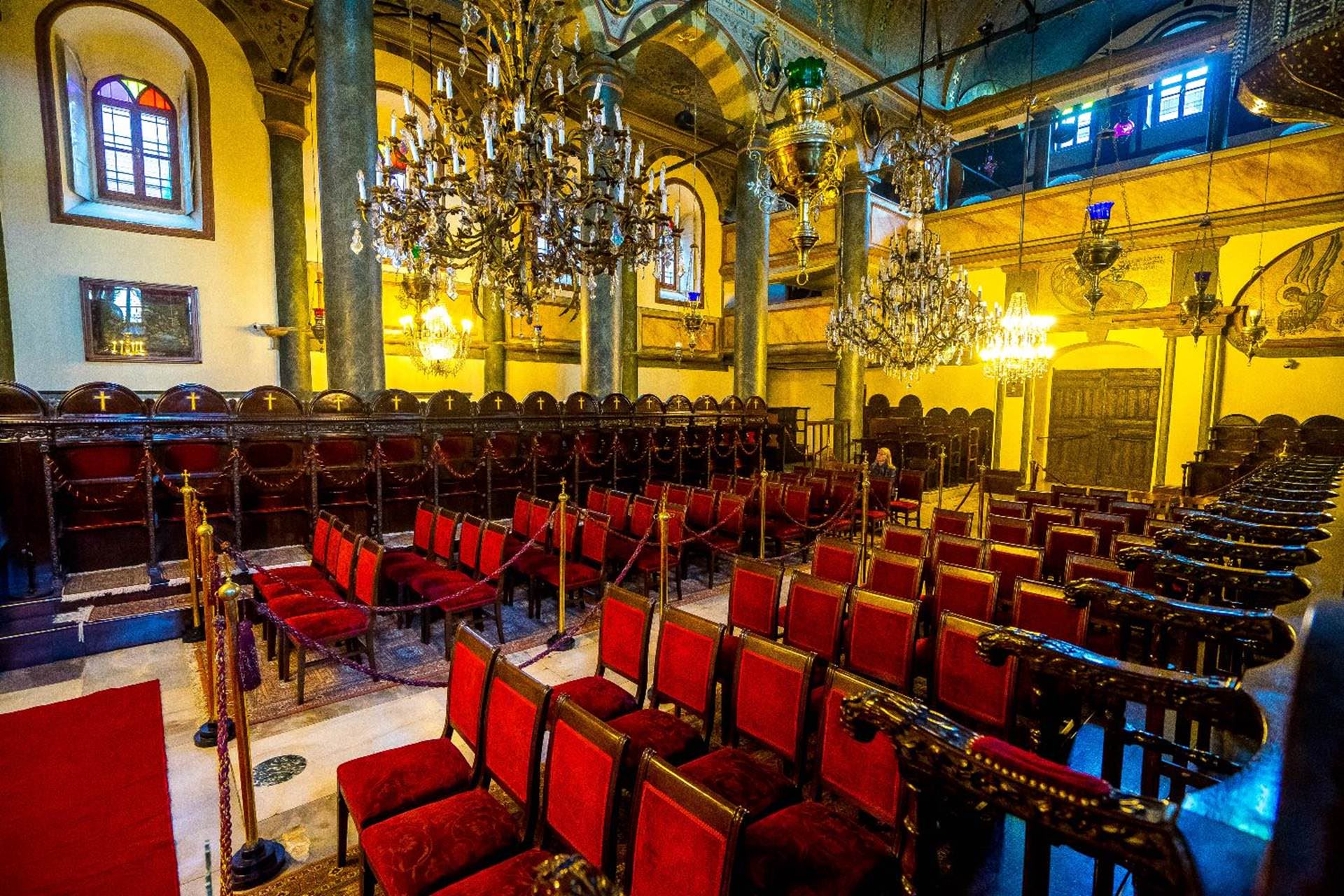 (By the way, this is the handful of Orthodox churches that offer believers the option of sitting in mass)

No wonder, there are only fewer than 2,000 Christians in Istanbul left now, and most tourists do not even know that there is such a mysterious church.

In fact, there are many large and small Christian churches in Istanbul. There are quite a few blocks in the neighborhood next to St. George’s Cathedral.

The most interesting of these is the ” Church of Mary of Mongolia .”

The Mongols, of course, do not believe in Christianity. But this “Mary of Mongolia” speaks of the princess of the Byzantine Empire and the wife of Maria Pale Olgirina, who swept the Mongolian sweat. After the sweat died she returned to her hometown and built the church in this seclusion until her death.

There is another name here: bloody church – because here was the most violent place to resist the invasion of the Ottoman Empire. For this reason, it is the only Christian church in Istanbul that has never been a mosque and remains open.

Even the Ottoman sultan (the emperor) had no alternative but to give permission to allow them to exist: 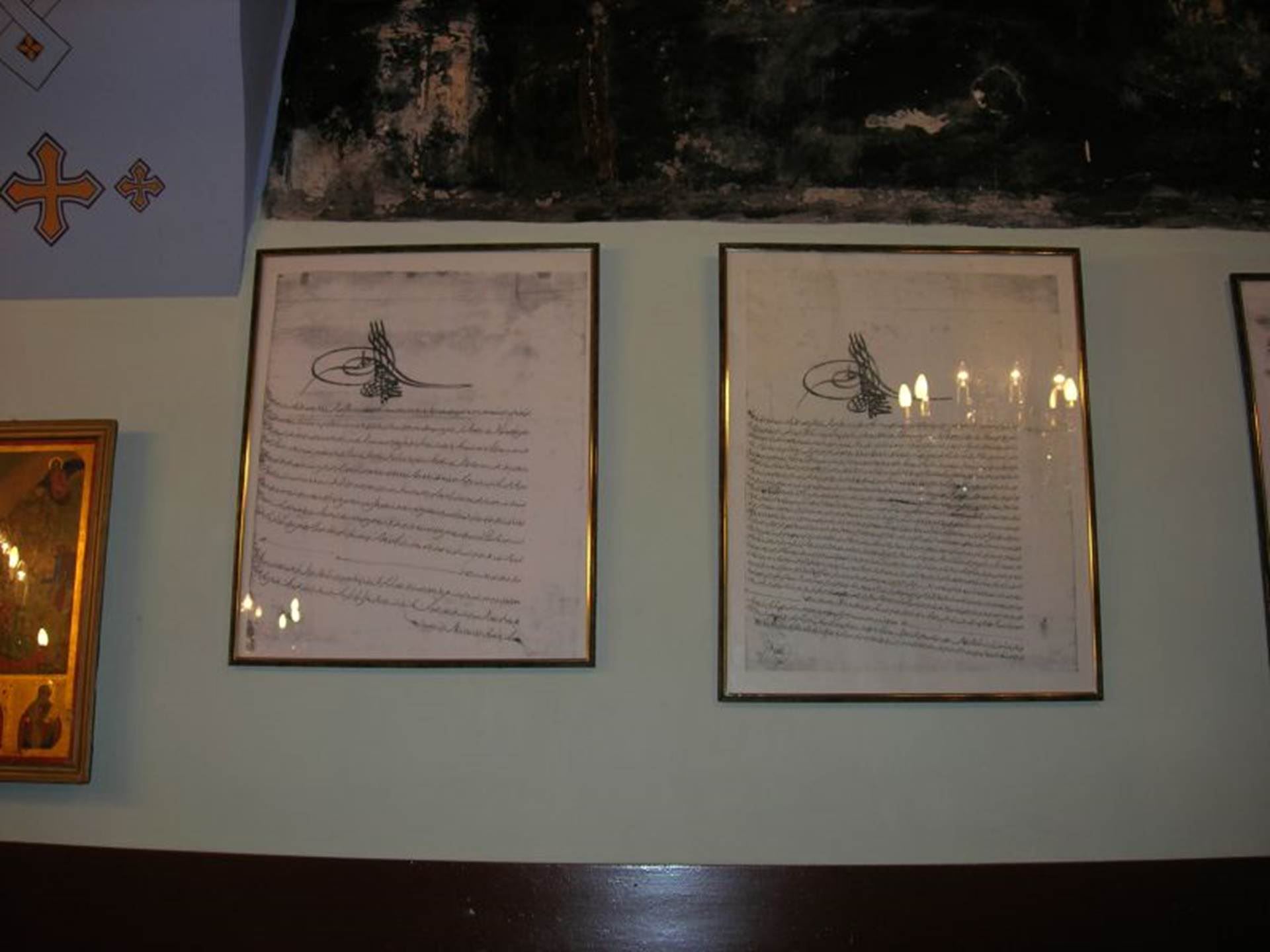 That’s right, this is a house that looks like a country house: 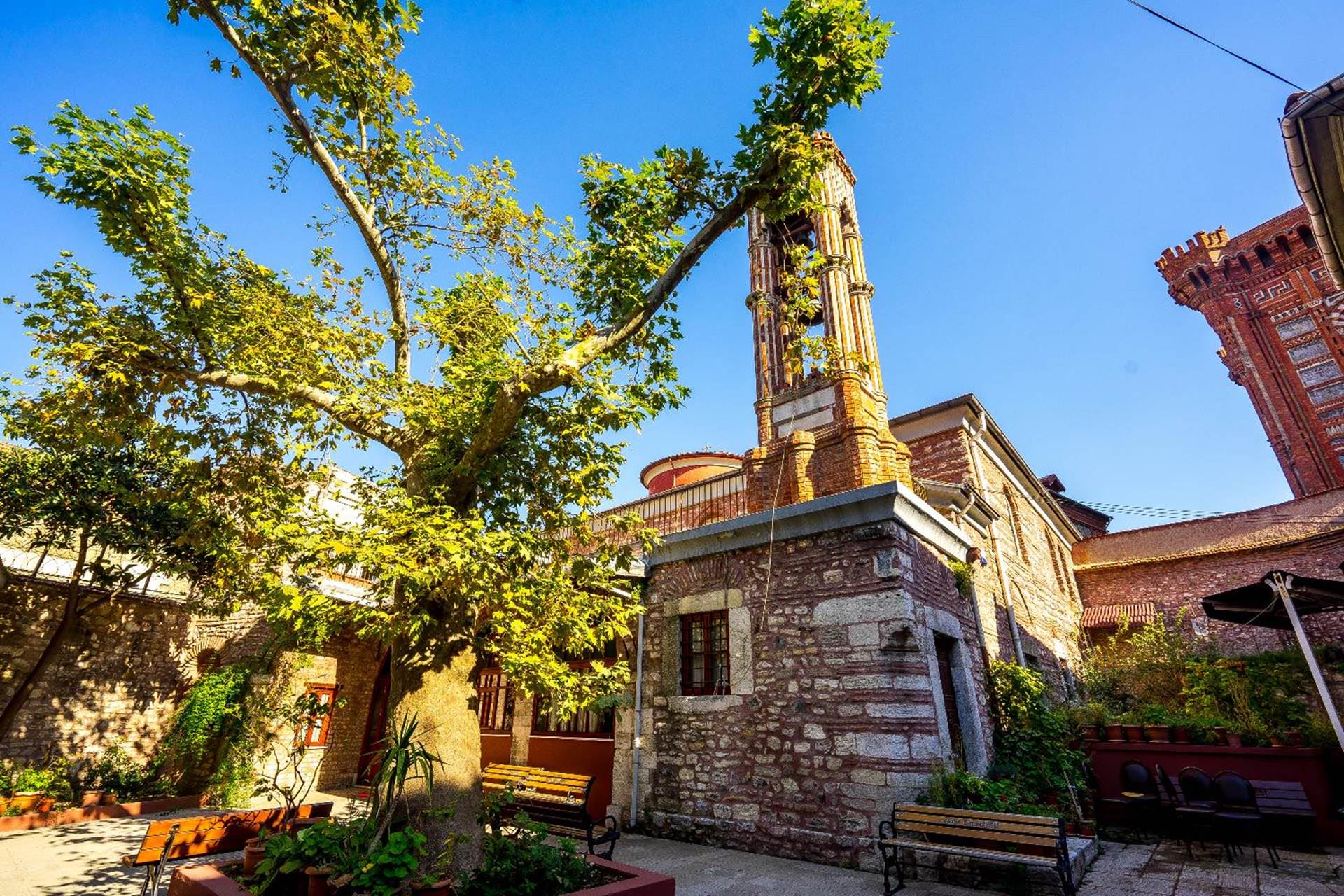 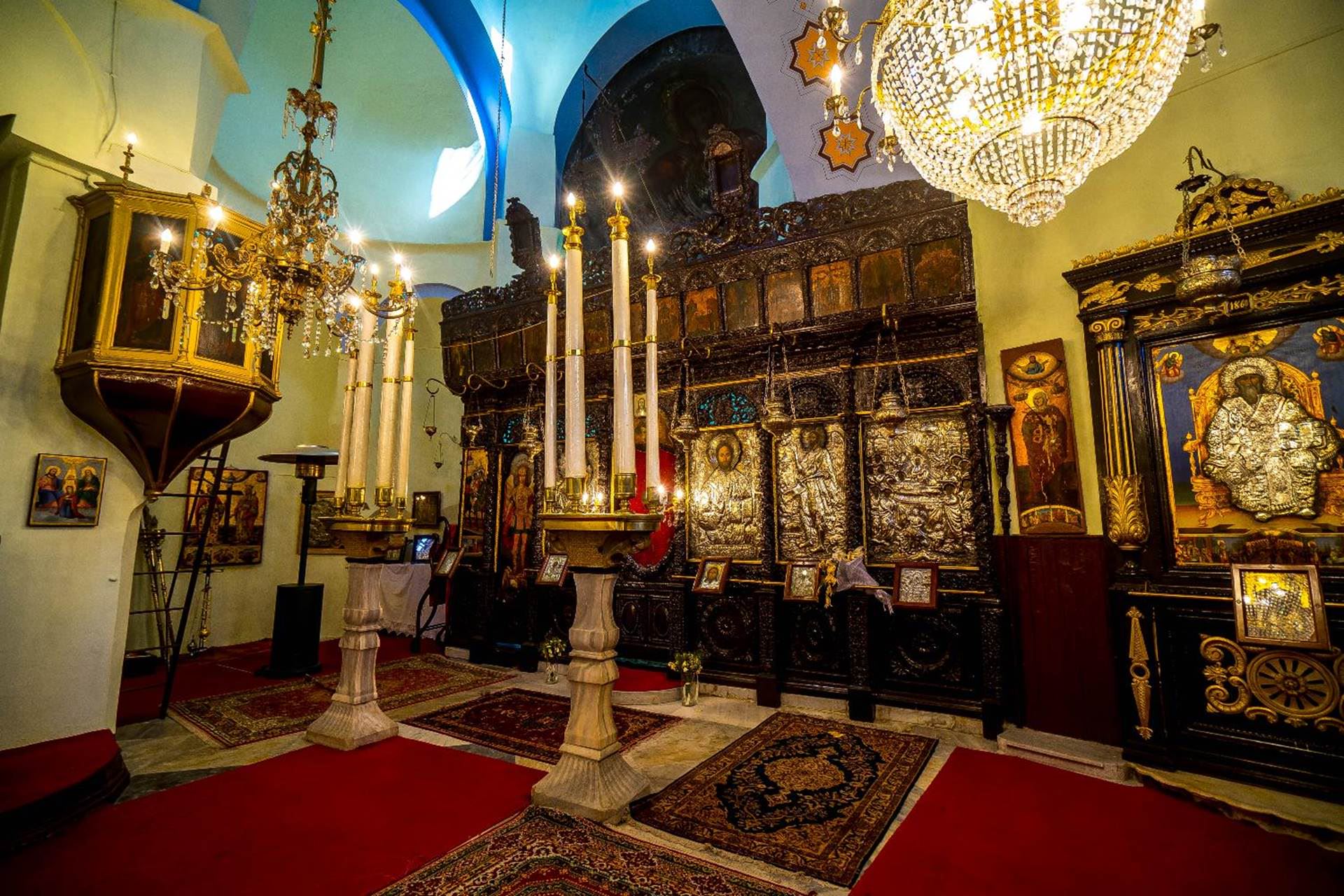 Next to the majesty is the Greek seminary, the most important Christian institution in Turkey after the fall of Constantinople, until today: 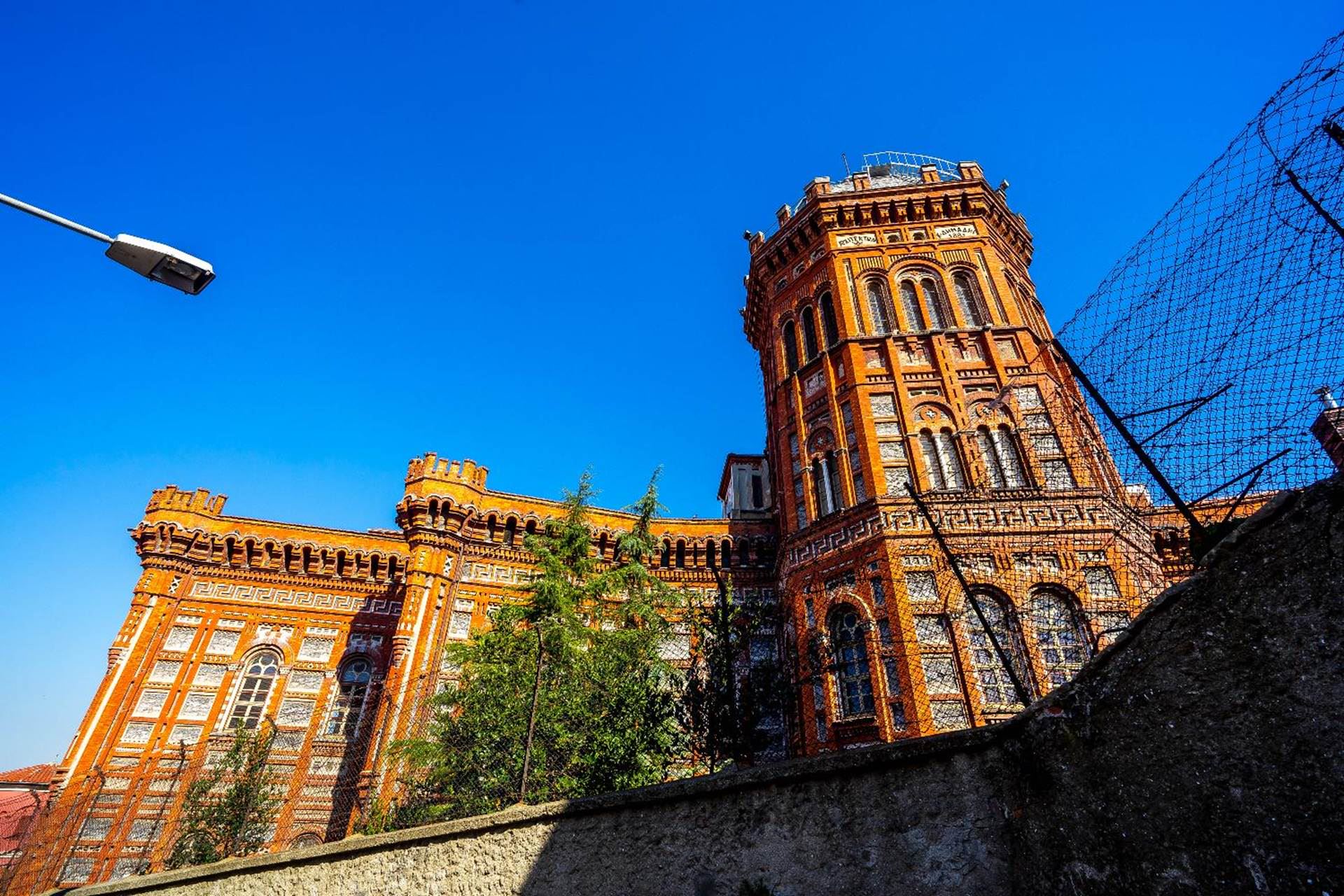