We use Google Translate to translate this blog from Chinese to English. Some translate errors were already fixed by us. However we are sorry for other errors from auto translation.

What should be used to carry a global trip ?

Airplane? Theoretically, two flights can make one circle around the earth, which is no challenging.

Train? Sounds like fun! However, the scope of activities is limited to the periphery of the railway.

Bus? It extends in all directions, but the trains depart at regular intervals, leaving too much time on the journey to wait.

Bicycle or even walking? Uh... such a difficult challenge, waiting for the next life...

For those who are determined to take a truly long trip around the world, there is nothing more suitable than self-driving . In Europe and America, and even our neighbor Japan and South Korea, countless travelers have long drove their cars and embarked on a journey around the world.

They have a common name: Overlanders .

The "cross-country bus" seen in the Seman Hotel in Kashgar, Xinjiang, China, came all the way from the UK:

The "RV" seen on the beach in Sharjah, UAE, was actually modified with a military truck...from Germany:

In fact, even in China, going abroad by car is nothing new. The Manzhouli port on the Sino-Russian border is the starting point for many Chinese travelers. Only in the first half of 2017, more than 200 travelers' vehicles crossed the border: an average of more than one per day!

Some of them chose to go around in Russia only, more of them drove all the way to the Atlantic side of Europe, and some even went to Africa. That are tens of thousands of kilometers!

My plan this time is a little more than them: In addition to crossing Asia and Europe , I will also pass through Africa , then cross the Atlantic , reach North and South America , and finally cross the Pacific , return to Asia , and end This whole world trip around the globe, the whole journey:

Why not buy a car in China?

I am a Chinese. Buying a car in China to complete this journey is undoubtedly the first choice, however...

And the most troublesome is:

To drive a domestic car out of the country, I must have an ATA certificate , which is not troublesome and expensive, but I must pay a deposit of ￥100,000(about $14,000) with no interests! What is more, the validity period is only One year. I have to return to China with my car before expiration, or I will lose all of the deposites!

But my global itinerary is expected to take at least one year and a half...

It is not so easy to buy a car abroad. First of all, most countries do not allow people with short-term visas (including tourists) to buy a car. A few countries allow it to pay strong insurance and vehicle tax every year, which is several times higher than domestic ones!

Fortunately, there is Republic of Georgia. This is NOT Georgia State of USA.

What most people know about this country is just the beautiful scenery of Svaneti, plus delicious Kachapuri (cheese pie) and cheap local wine.

Few people know that Georgia has another name:

In the World Bank's business environment ranking , Georgia ranks 9th in the world among 190 economies !

In terms of " registering a property " related to buying a car , Georgia ranks: 4th in the world !

The most advanced countries are the most developed countries such as the United States, the United Kingdom, and Singapore; and Germany, France, and Japan are not as well ranked as Georgia-you know, Georgia’s per capita GDP is only 4,000 US dollars, and the world ranking is not more than 100. The fractions in Europe and America are less than half of China's, and even worse than Iraq!

It is also from the former Soviet Union, supposed to be the hardest hit by corruption, but the government here is incredibly clean and efficient:

I found an article on the Internet that an Australian tourist told about his experience of buying a car in Georgia: the whole process of going through the formalities took less than half an hour , and the charge was only (about) $15! The only information needed are passport and mobile phone number. And, there is no such thing as paying strong insurance and vehicle taxes. In other words, you can drive the car until it is broken up, and you don't have to pay the tax any more.

And Georgia, as a party to the United Nations Convention on Road Traffic (Mainland China is not), vehicles registered here have the right to drive to all parties (including most countries in the world) and are fully legal and compliant.

Not only is buying a car, all Chinese people in Georgia who live and do business here share the same claim to praise the government here. Not only have no one ever been harassed or bribed by officials, they even enjoy their services everywhere.

How to buy a car in Georgia?

The process of buying a new car in Georgia is similar to that in China-generally it is to go to the car dealership (4S shop) to pick up the car and pay for the rest. They will do the rest for you. Because of the low tax rate, the price is also cheaper than domestic ones, especially domestic luxury imported cars.

But today I am talking about buying used cars . Georgia has two major second-hand car websites: autopapa.com and myauto.ge, both of which are in English. They are not only the first choice for locals to buy a car, they are also attracted by people from many neighboring countries because they are cheap. Autopapa cars are mainly used cars imported by car dealers from Europe, America and Japan. For myauto, most of the information is sent directly by local owners (similar to 58 in the same city).

How cheap are used cars here?

Some people say that the cars above are too old and have too many miles. In fact, the used cars here are original cars from Europe, America and Japan, and the maintenance and accessories are much better than those in China. There is no problem at all.

There is generally 10%-20% bargaining space for the above website bids.

In fact, Uncle Kan also thought about what kind of pretend to be an X5, Cayenne, but think about the luxury body of a luxury car, expensive maintenance, and the fuel consumption that can't be burned...Or choose a cheap and durable Japanese 4x4 Off-road vehicles. Well, there are two conditions: automatic transmission and left driving.

The first choice was Mitsubishi Pajero IO , a smaller version of Pajero (the domestic version is called Cheetah Feiteng). This car has the elegant name of "Snow Country Flying Deer", excellent reliability and off-road capability. The key is to run around the streets of Georgia, all used cars from Japan, no worries about buying a car! The price is very real, as long as more than 10,000-20,000 yuan.

To buy a car in myauto, just call/text/whatsapp to the owner. We don’t speak Georgian language. Fortunately, many young people can speak basic English, while older people speak Russian, which is a little more troublesome. In short, with the help of hand dancing and Google translation, most of the communication problems can be solved.

However, after trying 10 small cars, I found two serious problems:

At this moment, thanks to the predecessor of self-driving Asia and Europe, and also the headmaster of Kanshu High School @KeithKid.Cn, a reminder: why not look at diesel cars? Many Isuzu diesel pickups are cheap and durable. The key is that the fuel consumption per 100 kilometers is only 10 liters. In addition, the price of diesel in Europe is generally 20% off gasoline, and the overall cost is only half of that of similar gasoline vehicles!

Isuzu diesel pickup was not found, but found two Opel Frontera diesel off-road vehicles. Check again: This car is simply the European version of the rebranding of Isuzu Rodeo SUV ; Rodeo is actually a pickup with a sealed back box !

Isn't this the car we want?

Hurry up and make an appointment: both are 2000 cars, and one car is only $2,400 (15,000 yuan), but the car is really worrying: the alarm lights are on a large area, the steering wheel cannot be screwed, and the air conditioning is also bad. Give up decisively.

The other one is priced at 3,500 US dollars, which is much better than the car condition. The equipment in the car is basically usable, and there is no sign of major accidents during the whole car inspection. Please ask Russian-speaking friends. The price on the phone is 3200 US dollars (20,000 yuan) , Take it!

How to go through the procedures for buying a car

Is it really only half an hour to buy a car in Georgia?

1. Go to the counter with the receipt to go through the formalities . Required materials:

We naturally don't have a Georgian address, and we almost thought that the procedures could not be completed. The clerks with a service consciousness of 100 points offered a workaround: borrow the seller's address. We didn’t plan to drive in Georgia anyway, let’s say there are no camera fines in Georgia (not really seen), so do it!

Next is the license plate number selection: the number that can be selected is placed behind the counter, and what you see is what you get. You can also choose any number you want, but it requires additional production time and charges. Without frustration, just choose this SF-658-FS. (Homophony...walk me?)

After installing it, the driving license is also freshly released. Since then, this car belongs to us forever! Time-consuming: 5 minutes

Yes, as long as 20 minutes, you can become a legal owner of Georgia, pro test! !

Well, the next step is to transform this Fangling 18 Lao car into a car that can be used around the world ! 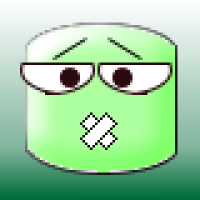 He is a Taiwanese aboriginal, also a restaurant chef, retired to learn painting and wood carving, but to a spread to Milan and Paris

How to start the road trip all around the world with an 18-year-old car?

Location in this article